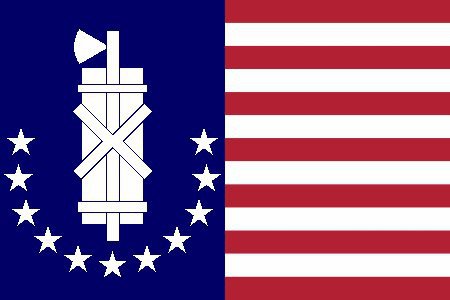 As a result of the collapse of the United States and the sudden disappearance of its government, many mercenaries took up arms to stake their own claims to land. With what is left of the US militarily weakened and with a growing desire to retain its grip on power, a military junta that has been formed by remnants of the US army after the escape of political elites has assumed leadership of the country. In turn, they hired mercenaries and thugs of any respect to help them keep a presence within major trade hubs in the country. Their justification for doing this was to regain control of the country, as a disrupted supply chain of goods and trade, as well as limited travel, could bring uncooperative cities to their knees. The most major zones within San Andreas were San Fierro and Las Venturas, as they are major trade hubs where the majority of the country's farmland exists, and where medical and arms industries are largely concentrated.


"At the start of our advance into San Fierro, we were only given orders to evacuate the city and inform citizens to make their way to the airport. Although the tanks were rolling on the street and chaos naturally followed, I remained composed and understood that the situation will remain relatively calm. It was only when we received an order to clear out the train station, that our radio comms were intercepted by a rebel commander. Our leadership insisted that we clear out the terminals, but I had a hunch it was a bad idea. We proceeded and the underground terminal was rather quiet, and it looked like we were safe, until our comms were intercepted again and the ground began to shake. It was only then that I realized one thing: This is not worth it.

A group of men began to crawl out of train cars as soon as the rigged explosives did their bidding. My friends and I were under heavy fire, and it was the first time I'd ever seen a man die in front of me. I deeply understood at that moment that I made a mistake." - PFC Ryan Nessman's diary, 1991

Other areas that were hard to bring to the military's control within San Fierro were dealt with through the use of chemical gas attacks and a strict scorched earth policy to reign control. Tanks rolled down the streets of San Fierro and Las Venturas at the start of the outbreak and completely decimated both cities, massacring thousands of people and driving them out of their homes to allow for total control over these cities. Armed resistance grew, however as these areas were inhabited by wealthy businessmen, the resistance was swiftly taken care of except for some pockets, as well as defected battalions, which made the process of securing the area much more difficult.

With time, guerilla warfare only became more and more viable. As ammunition grew more and more scarce, and the necessities of life itself were hard to come by, the decision to withdraw from the cities was on the table for the military administration. This, however, was no easy feat, and it would more certainly than not break morale even further than it already has. Day by day, the life of the average serviceman was not a noble one. Soldiers found solace in war crimes as they could no longer control the monsters they had within them during peacetime. Women and children were kidnapped, men that were found were tortured for no reason other than the slightest suspicion that could implicate them to be in prison.

A unified resistance coalition was formed and it quickly grew in numbers from defected soldiers and civilians alike. The National Salvation Front (NSF) was unlike any other group that had fought the military, as command was now centralized and more mercenaries had come to the aid of the NSF in hopes of earning some territory for themselves. The group's command however, was heavily reliant on dirty war tricks to have a hope of winning the war. The leadership was extremely pragmatic and tried its best to silence any opposing voices, but soon enough their secrets were revealed. Mass graves conducted by specific battalions extremely loyal to the coalition's leadership were discovered, and it was very clear that the NSF was no better than their enemy. It attracted all the right people for all the wrong reasons, and that was a breeding ground for conspiracy theories amongst troops, the most major one being that the NSF's leadership is actually a puppet of the U.S. military, and that this was all a deliberate plan to bring the resistance movements under their control. This theory was heavily supported by the fact that troops on the ground did indeed fight against other resistance groups that were not part of their coalition, and brought them by force to their side and tortured those amongst them who did not agree to fight for them. This led a lot of soldiers to leave the NSF and head to Los Santos instead, so as to avoid the mess that's reigned over San Fierro & Las Venturas.

Despite this, it was clear that military forces were suffering from attrition and many troops felt as though their commanders were stretching their resources thin. With record high deaths, a decrease of morale and a lack of centralized power due to a rise in corruption, commanders considered deploying huge trucks filled with the undead to San Fierro & Las Venturas, in hopes of minimizing troop losses and conserving ammunition. With time, this rendered both cities uninhabitable, however it wasn't enough as controlling urban environments proved to be quite difficult. They devised a second plan, and that is to completely destroy any chance of life on San Fierro & Las Venturas, leading them to level what's left of the cities to the ground with their air force, and deploying cheaply made barrel bombs to help them as sophisticated equipment was increasingly harder to come by. To truly deliver the final shot, they relied on chemical warfare to destroy any remaining dissidence in the areas and destroying any bridges that provide access to both cities. To them: this was a victory, as the loss of major economic cities may be devastating, however if it meant that these cities do not come under the control of armed rebels, then it counts as a staunch victory in the hands of corrupt commanders who assumed the role of war lords. Under their watch, no one survived: whether it was friend or foe.
All times are UTC+01:00
Page 1 of 1